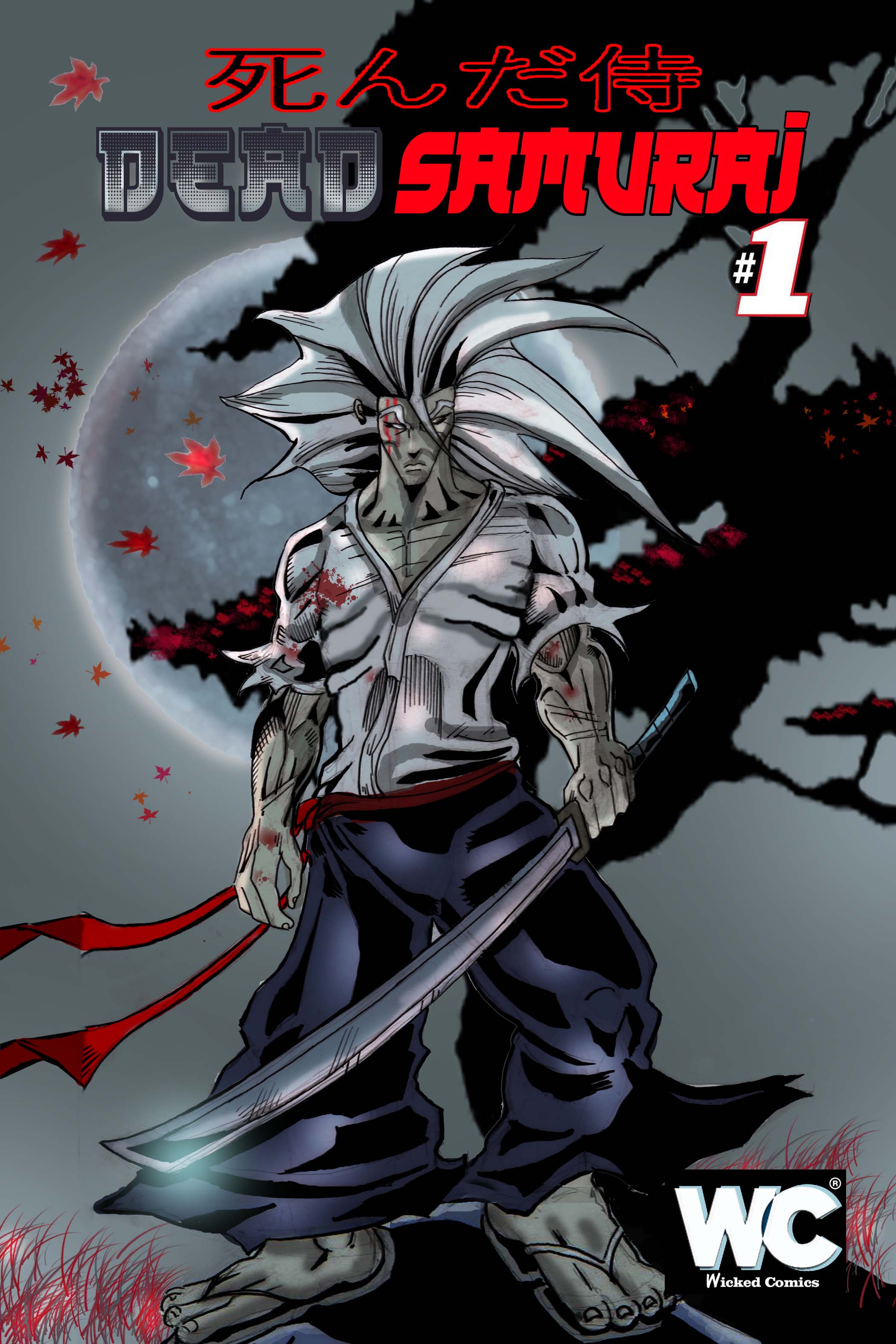 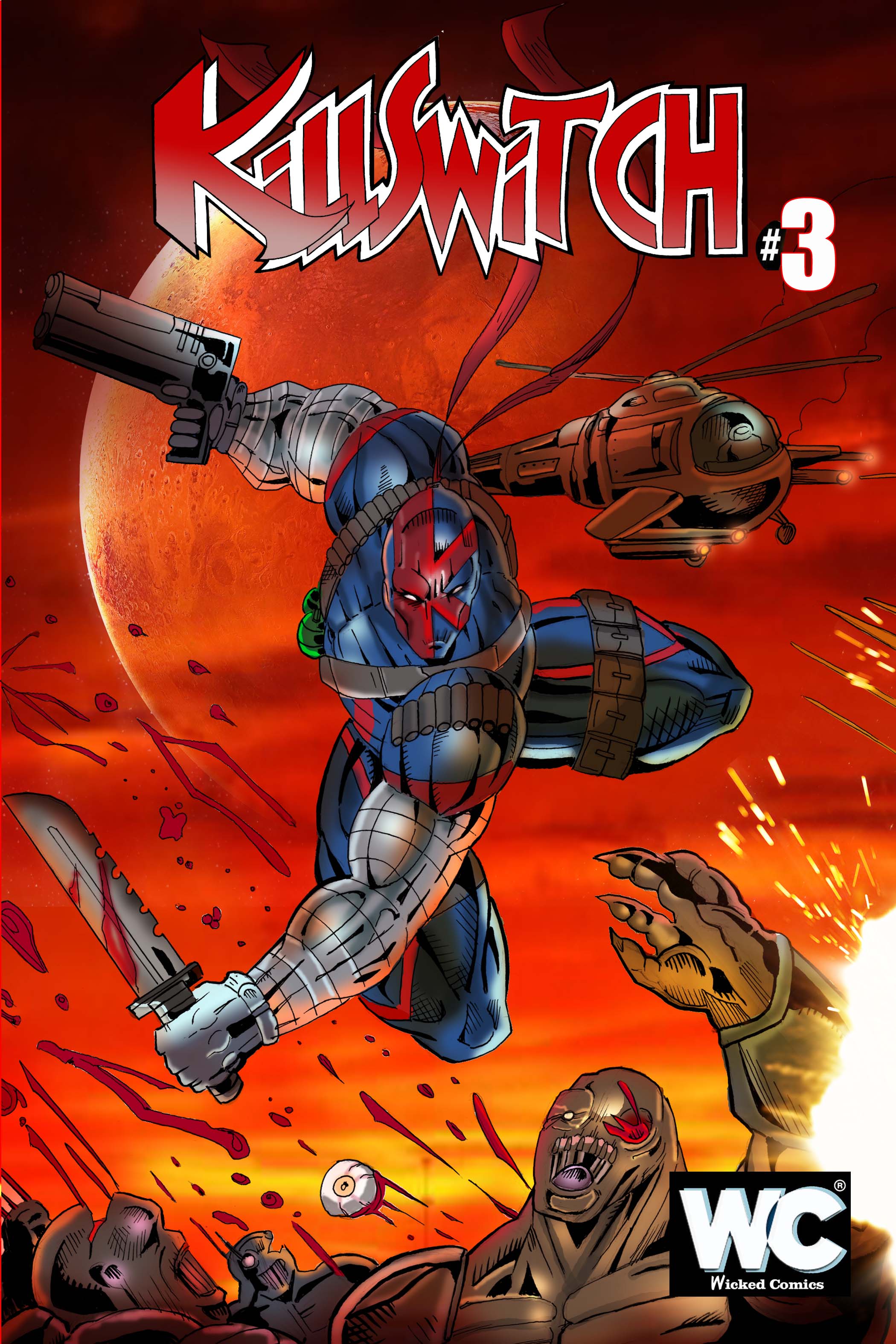 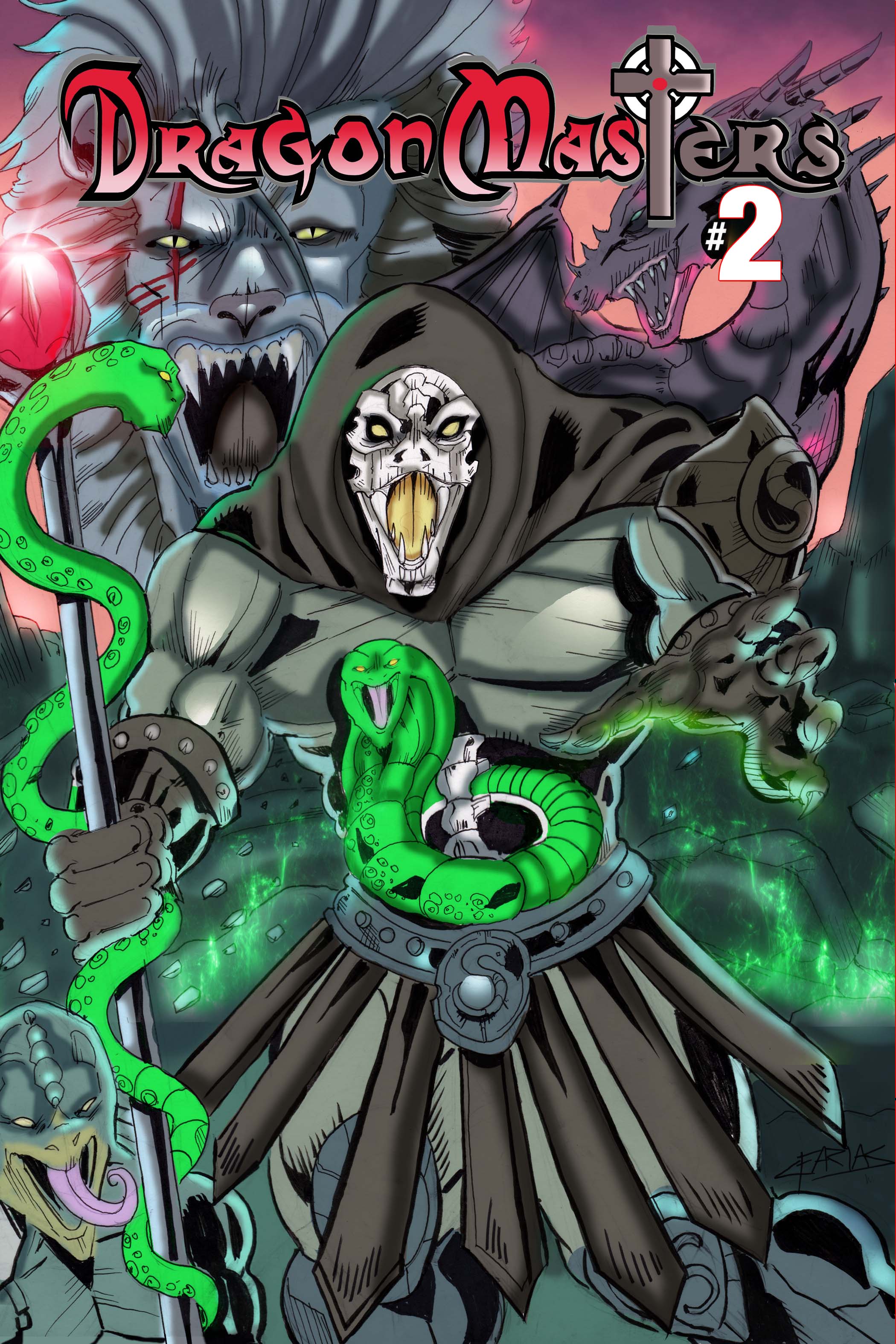 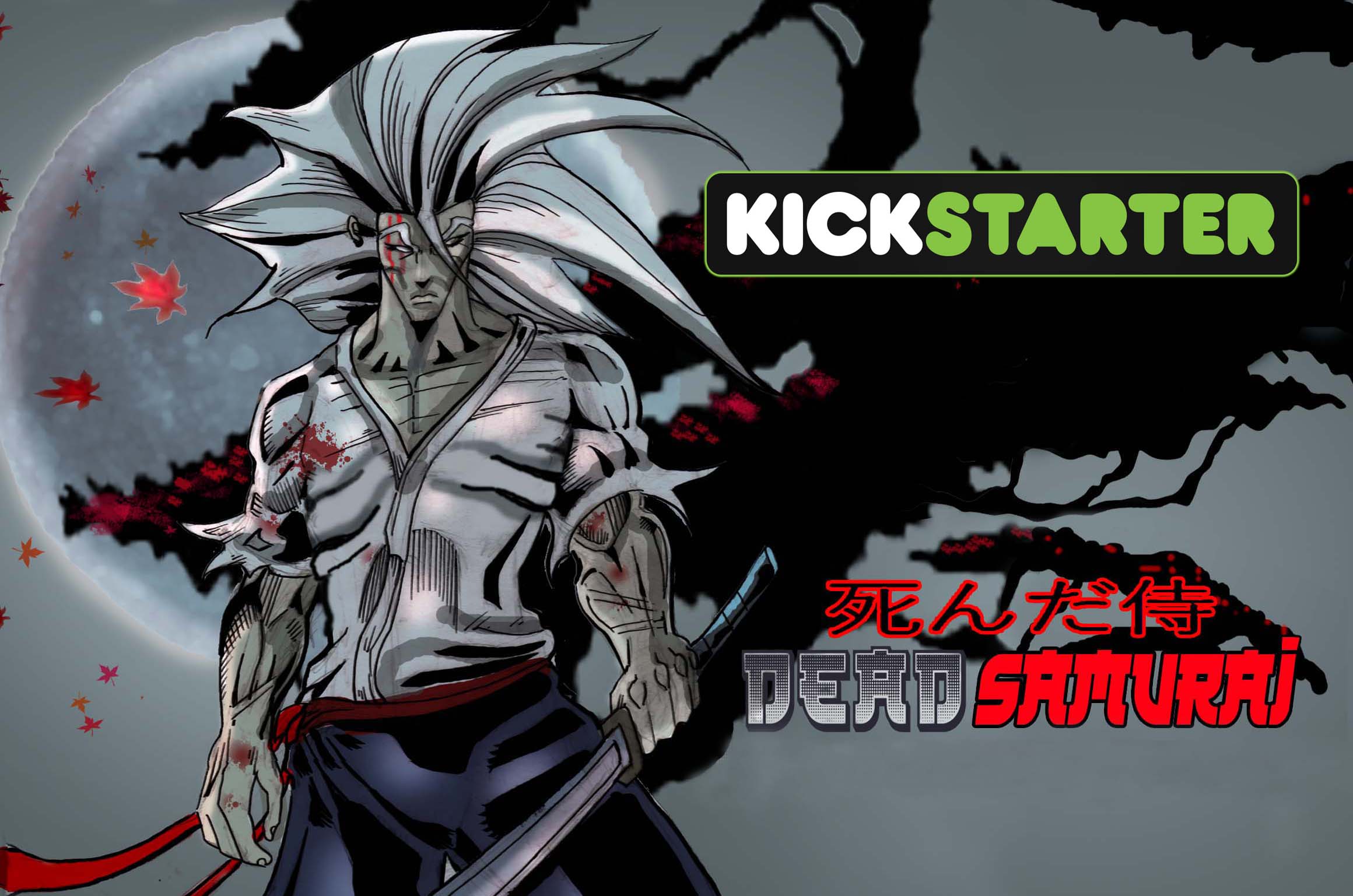 Wicked Comics is a  next gen comic book company created to bring new stories, characters to the new generation. Our first comic "ClownMan" is now on sale and will be releasing several other comics soon. Clownman is a story about a circus performer called Chris Mason, he is a victim of a unspeakable crime and as a result gains new powers and becomes a ruthless vigilante. " KillSwitch" is a story about a criminal named Mark Roberts, he is subjected to a deadly top secret program to create the perfect kill agent and is implanted with a special device called a Killswitch. When  the device is activated all his senses are heightened and  his percision to kill becomes easier. For more information check us out here @ 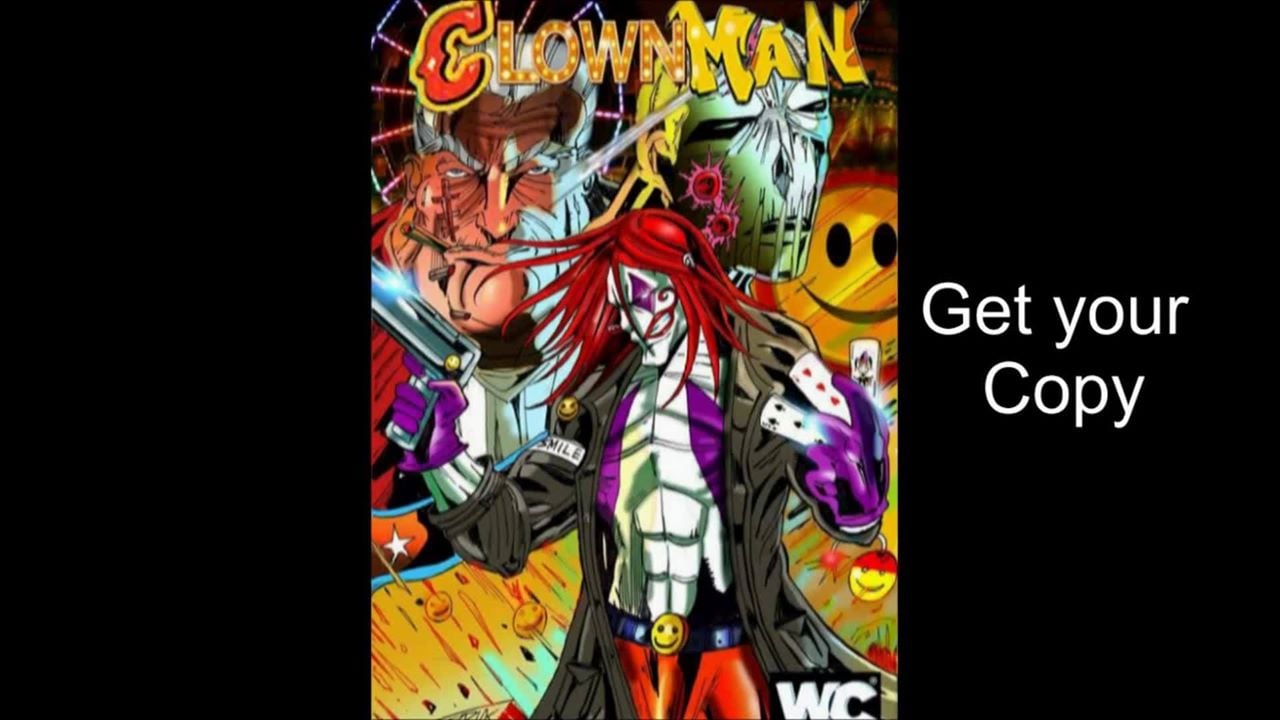 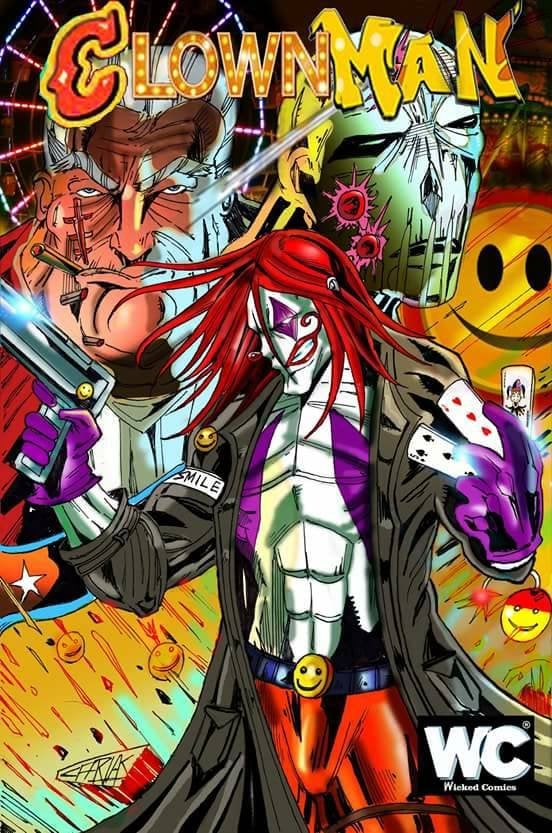 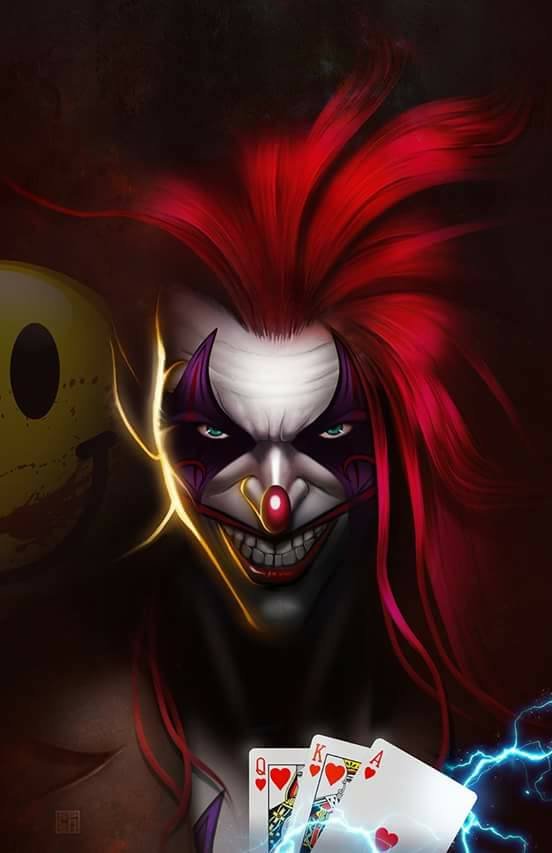 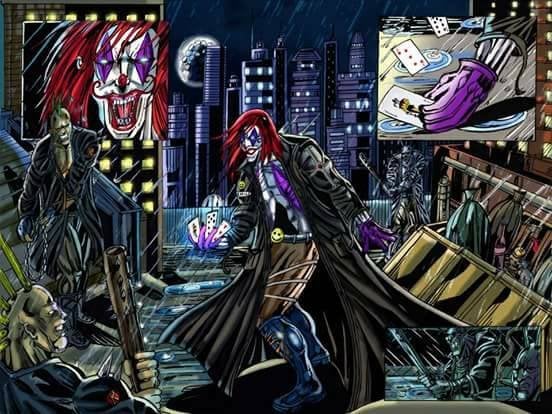 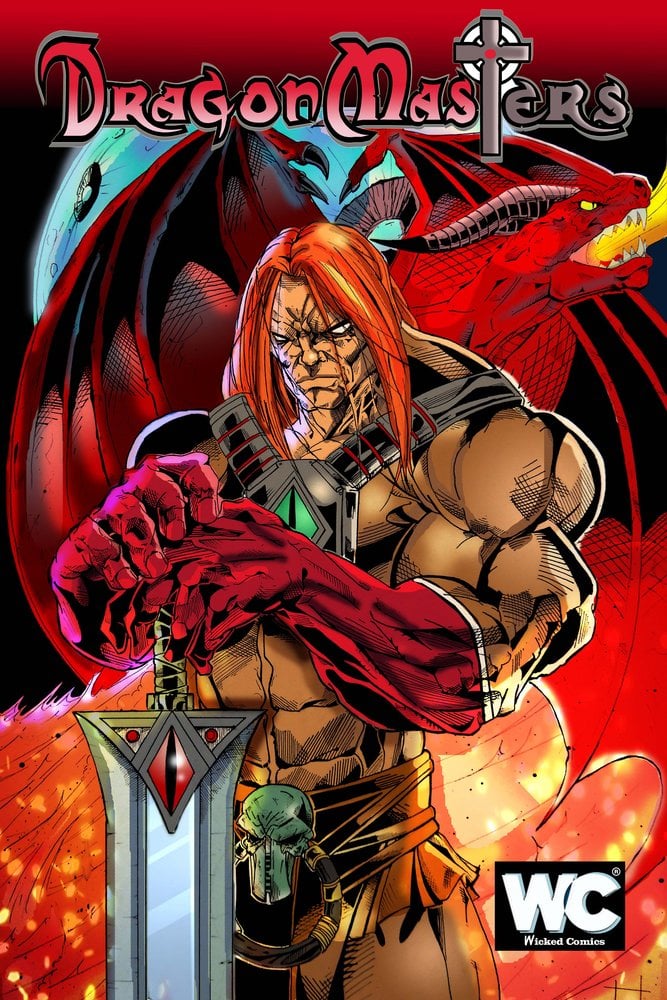 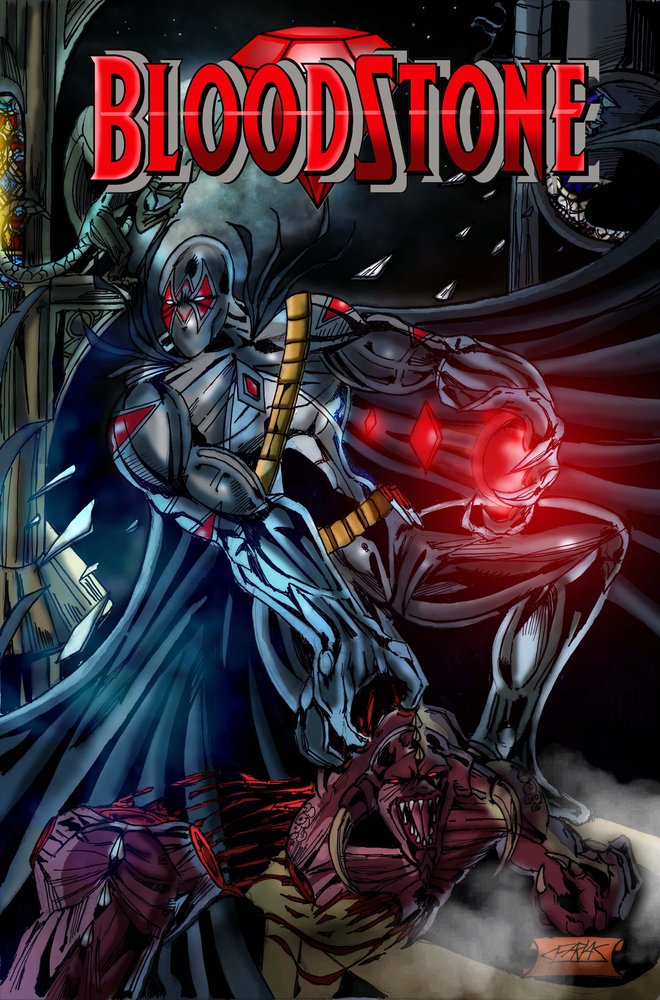 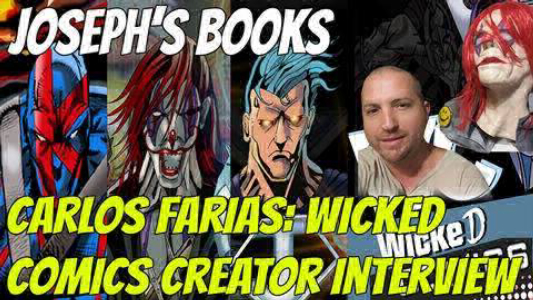 How do you motivate aspiring artists to follow your lead in creating comics?

Congratulations for your job and for following your dreams until now as a comic artist.

Are you living from this job (comic artist) or do you have another job?

Greetings Catalina, Now that I finally released my first comic I am working full time on all the comics for my company wicked Comics.

Did you get a formal education in animation and graphic design?

What are your thoughts about some people who might drop out from the comics industry over the next few years?

Well I would say I couldn't blame them ,it's tough sacrificing work. To reach a high level of success is very difficult but it can be done.

Who is your favorite comic illustrator?

That's a tough question, I don't have a all time favorite , I like a variety of styles from comics to cartoons but definitely my top are Todd Mcfarlane, Jim lee  and, Rob Liefield.

I don't follow any Guidelines . I have a basic idea of where I want the story to go and just create on the spot . I don't thumbnail the whole book or story.

Did you collaborate with a writer for the storylines of the titles?

No collaborations whatsoever all u see are my creations . Definitely if the company keeps growing I would like to format some sort of team to finish all the comics.

How many people are working with you?

At the moment just myself . I create all the artwork , characters and stories for Wicked Comics.

Have you collaborated other publication company for your book?

At the moment I don't ave any collaboration with another company but if the opportunity presents itself , I would be all for it  if it's something that will favor both companies.

How did you handle the sales and marketing of your production?

Right all the sales and marketing is done by myself through the website www.wicked-comics.com . I use  a few social media outlets  as well like Facebook and instagram but that's about it for the moment.

The genre you have depicts a dark world, how did you try to captivate your readers as far as the story is concerned?

In Clownman it's a cursed  very dark city . Around every corner you encounter a different villian or something sinster. In the first issue you see two villians  a big shot caller crime boss "LA Muerte" and the head of his drug cartel called "GoldSkull". Every issue you will see a different villian ,in total he has over 40 villans so far.

What are the essential tools in creating a comic book?

You have to create something unique , not just your typical superhero. What drives this character , the more layers the character has the more you can do with it.

Have you created some kind of a series comics as well?

This is my first with Clownman and second with Killswitch. Every character is going to have a series of books that tell there story.

Do you think that comic industry at present is still considered as a lucrative business?

Lucrative for a few the rest do it because it's a passion or a hobby. Only a few reach it to the top and actually make a good living doing this others just struggle throughout their lives making ends meet. You have to make a tough decision a put everything on the line to pursue what u love and hope for the best.

Who among the famous comic creators would you most likely want to work in the future?

If i ever have the chance definitely the top three artists I mentioned . Mcfarlane, Lee and Liefield if the opportunity presents itself And they pencil in a book for Wicked I would be all for it.

Do you have other business apart from creating comic books?

What makes your recent book "The Clownman" interesting to read?

Ask yourself this question. What would you become if something horrific happen to you our your family ? I think we would all become something totally different . Clownman is a story about a circus performer called Chris Mason ,he is a victim of a unspeakable crime and as a result gains new powers and becomes a ruthless vigilante. It's not your typical ordinary superhero story . It's something unique and how doesn't like the sound of a Clown dishing out some vengeance on some villans that destroyed other people's lives.

Can you name one success story you can share as far as producing comic is concerned?

Sure as a result , I have been asked to several interviews Ama being one and having alot of fun answering all your questions. I also had another interview posted on YouTube from Josephs books which was a live interview I did.  My ultimate success is just the feedback from the  Wicked fans they all seem to enjoy the character and all the characters that are coming soon.

How many stories have you released under your publications?

Clownman being the first , Killswitch second than we have another 3 original stories being released afterwards. Bloodstone, DragonMasters, Cronus, and Justice. Comic book readers better have thier seats buckled up because Wicked Comics has several titles releasing soon. Our first Comic will be a 32 page "ClownMan" comic you will get a bit of his backstory and look into who Chris Mason was before he becomes this vigilante superhero. Killswitchis also nearing the final stages it will also be available in both print and digital form aiming for about 28 pages in total with advertisments featuring teaser pages form other Wicked titles. Two comics which are halfway complete are " Bloodstone" and another title for fans of the science fiction fantasy genre called "DragonMasters". Bloodstone tells about an assassin called Bishop cross he comes in contact with a fallen angel containg a very powerful deadly stone know as  a "Bloodstone". This stone transfoms him into this  deadly caped crusader that  must now seek other stones and protect the Bloodstone from  a powerful hell seeking rebellious angel called "Gabriel".Each stone contains a special ability. Death stone, Leap of faith stone, BloodStone, if a stone falls into the wrong hands it lets arise very dark and forceful abilities to the individual that comes in contact with the stone. Another title that is dropping soon is a title called "DragonMasters", if you are a fan of fantasy  this comic will really get your blood pumping. In a universe far beyond lies a struggle between light and darkness. Slayers those who use the evil of the dragon eye, and masters those who use the good side of the eye. A dragonslayer named "Draco"will lead an alliance to combat the slayers in an ongoing battle to defend there kingdom. This is going to be a huge universe I could say similar to how big dungeouns and dragons is with  hundreds of characters. Justice is a futuristic story  that  takes place  in the year 4050 and planet earth has been destroyed by a massive meteor attack.Humanity was able to escape to a new found planet called Solaris. The planet is infiltrated by a dark alien race that wants to enslave and exterminate humanity.There only chance for survival is a ancient symbol found within  the planet that calls for a superhuman and protector of the universe called "Justice". I am alsoa huge fan of greek mythology and another project We are working on is a character called "Cronus" He is abandoned by the God's and becomes a slave to the underworld and he must seek out a  powerful warhorse called "Arion" to fufill a pact with a demon known as Dagramon.Three other projects I would like to tell you about are "Bullet","SilverWolf" and "PhantomMan". Bullet is our first AfricanAmerican character and he is a werewolf assasin that was cursed by a ancient ancestor."Silverwolf" is our first native american character and we are having his setting take place in a western setting with many characters and villians."PhantomMan" takes place in a dark victorian setting and tells a story of a rich count called Alexander Dumont, he is betrayed by his best friend and trapped to burn to death in a haunted theater.We have so many characters in projects going on its hard to tell you every singleone. We are also making a whole line of Wicked Trading cards so fans can get familiar with the huge Wicked Universe.On the back of each car you will get character  information, power , ablities and  what kind of weapons each character has at theierdisposal. We are very excited to present all these new ideas and stories to all comic book fans out there.

How did you conceptualize your storyboard for a certain genre?

I never really story board any ideas they just come to my mind after getting inspired by something I might have experienced or seen in the past.

What were your greatest setbacks as a comic creator?

It's hard as an independent creator to get your foot in the door as they say. You just have to be persistent and have determination. Just try to be as unique as you can others will hopefully follow. 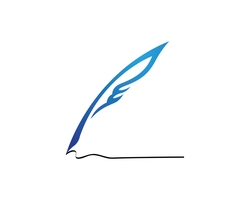 Welcome to #AuthorsAMA, an AMA Event channel for authors and their important work sharing their knowledge with others.

AMAfeed is an AMA Search Engine. We crawl the entire Internet looking for good sources of AMA's and bring them to you in a simple, easy to use interface. We also own and operate a large network of dedicated AMA Event channels. Each of our AMA Event channels encourages open, authentic, candid discussions that empowers our community to gain a better understanding of their chosen topics of interest via the AMA Event format.

All copyrights, trademarks, product names and logos appearing on the site are the property of their respective owners.